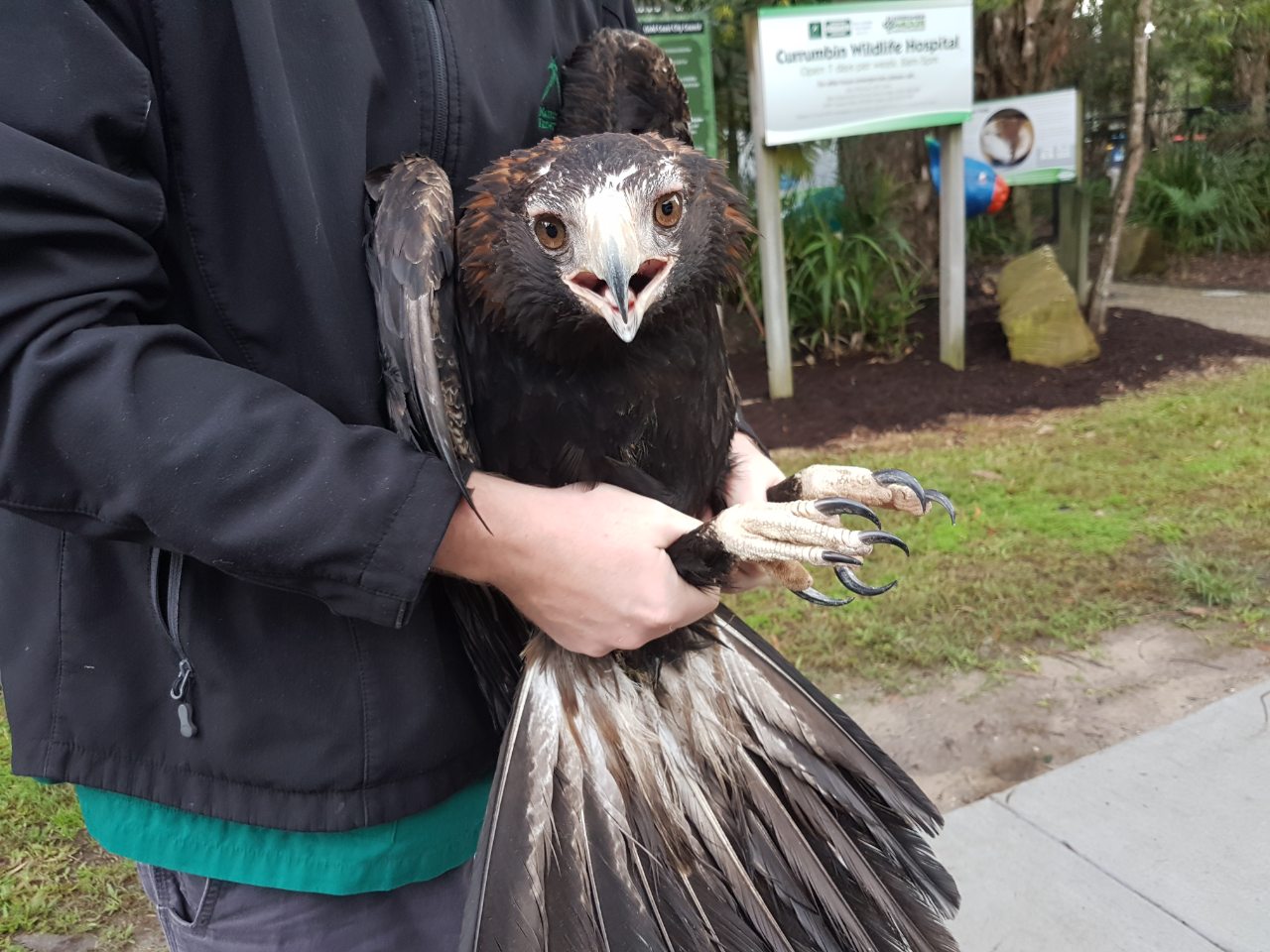 Look at those long talons!

I have been working as a volunteer with
my local wildlife group The Tweed Valley Wildlife Carers for ten years now. I am their records officer and web administrator.
Recently we were called out to a local farm because this Wedge Tailed Eagle had got into a fight with 2 large geese who were protecting the chickens, one of which the eagle had planned to seize for dinner. Despite his great strength and long talons, the eagle got injured and couldn't fly.
It appeared to have an injured wing, feathers were ruffled so the property owners called our 24 hour wildlife rescue hotline. 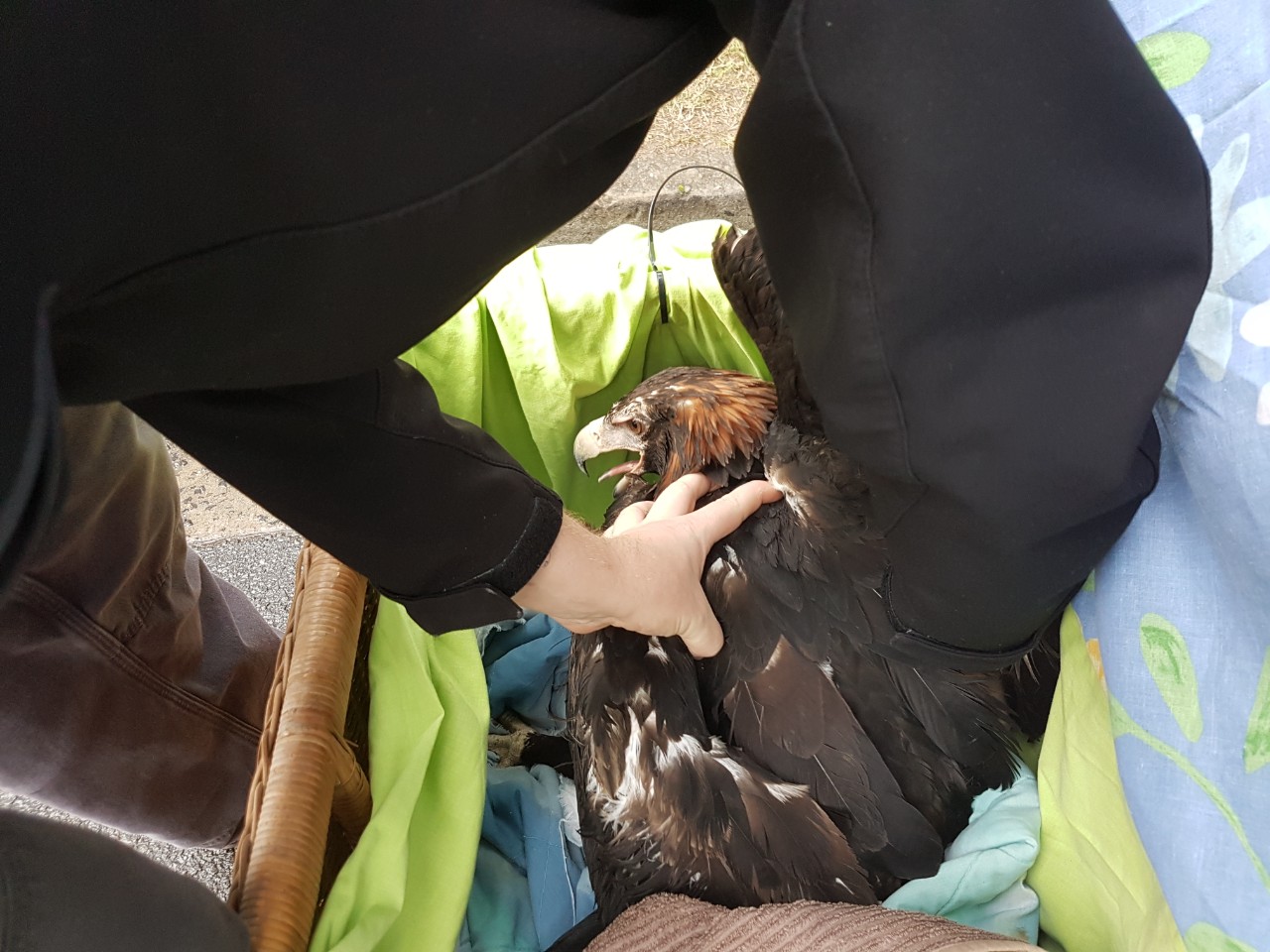 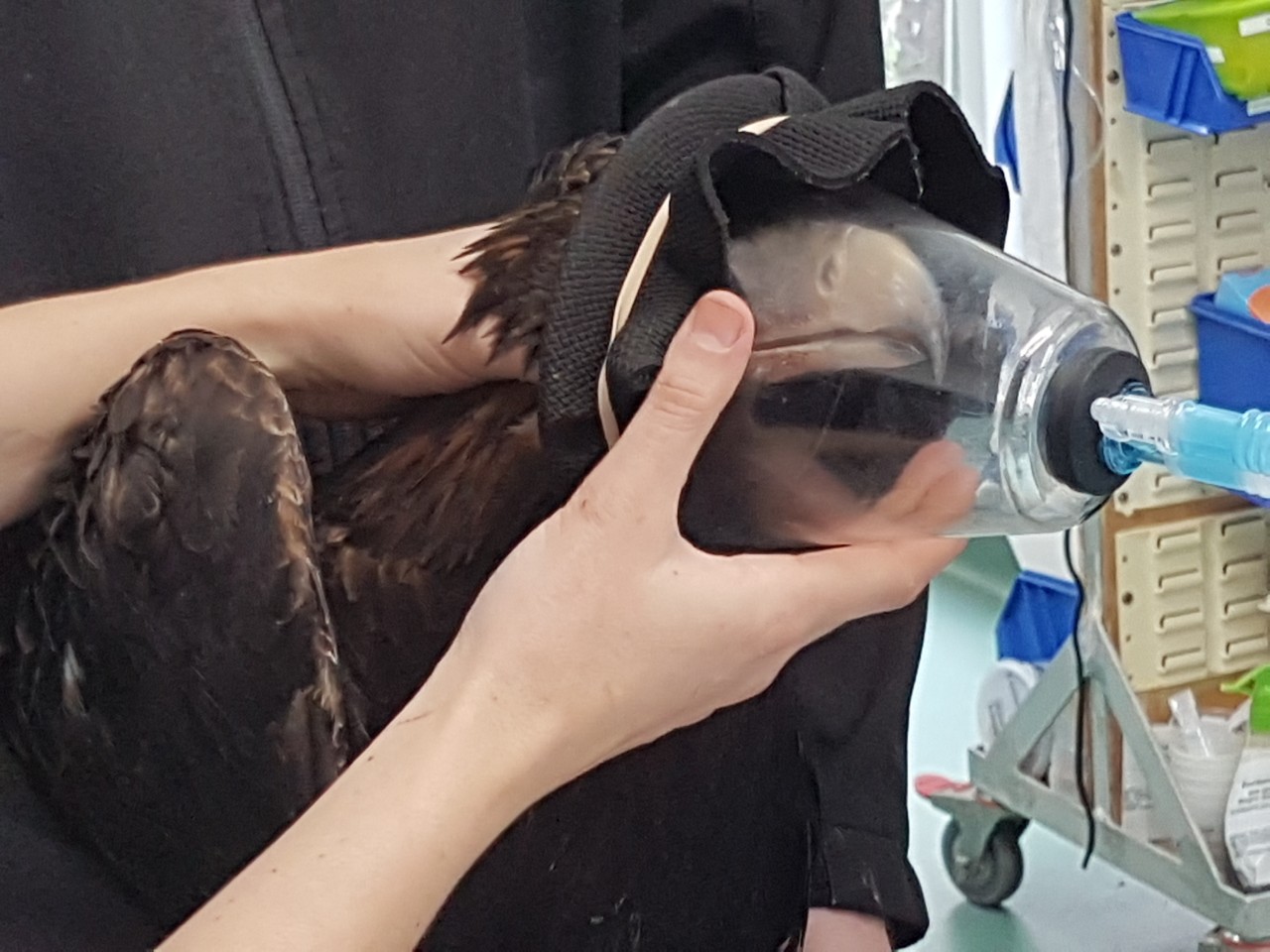 The eagle was transported in a carefully prepared box lined with towels to the Currumbin Wildlife Hospital for treatment and when it is released from the hospital it will go into rehabilitation care with one of our raptor specialists.
All wildlife is released back to the area it was found, so hopefully this eagle will not try take on the geese again in the future.